Traditional Chinese medicine (TCM) has thousands years history. It has unique basic theories and diagnostic methods. It is a very effective therapy in treating many chronic diseases and some acute diseases. If you are interested in TCM, welcome to pop in to this TCM forum, let's discuss on any topic about Chinese herbal medicine and acupuncture. If you have any health problem, you are welcome to visit my clinic Knowhow Acupuncture at 1 Harley street, London. If you are far away from London, you can pop in my online clinic to get some help. If you like this blog please share it to your friends.

Western Medicine is a Developing Science 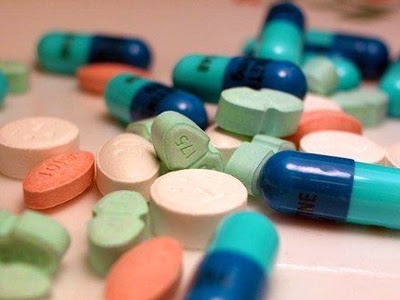 Tiejun Tang
I've published a paper titled Traditional Chinese Medicine is an Undiscovered Science last week. I would like to express my opinion about western medicine in this paper. Western medicine is a part of science but it's a developing science.
Western medicine has made great contributions to human health since it began to develop 300 years ago. During this period of trial and improvement it did lead to some complications and harmful treatments for the patients. Western medicine is always developing and there are always new experiments and research project results, which often tell you the former treatments, could be harmful or need further developing. But for many patients it is too late. Let’s review the following examples.
Amidopyrine was a commonly used antipyretic and analgesic drug used about one hundred years ago. It had been widely used in Europe and America for more than 40 years. Some doctors found it might cause agranulocytosis in many clinical cases (Discombe G.1952). This lead to many patients dying of agranulocytosis, which was caused by this medicine.
Dinitrophenol was first used in the USA in 1933 as a slimming agent; it accelerates metabolism by 1938, 150 cases of permanent bilateral cataract resulting from its use had been reported (Crawford 1959).
Thalidomide had been widely used in the world for treating morning sickness of pregnant lady in 1950s’ and early 1960s’. Since 1961 more and more reports found that this medicine can cause malformation of neonate, it has now been listed in the contraindication drugs for pregnancy. But it already caused more than 12,000 baby’s malformation in whole globe till 1963. Nearly half of these cases were in UK (Burgio G.R 1981) .
Specialists suggested that the post menopausal women should take female hormones to prevent coronary heart disease and osteoporosis. They called this hormone replacement therapy (HRT). At least 20 million women in developed countries were estimated to be using HRT. Just a few years after, a report from Oxford said, almost 100 epidemiological studies have reported that there is a relationship between the use of HRT and the risk of cancer of female reproductive organs, namely the breast, uterus or the ovaries. The longer the period of use of HRT, the greater the excess incidence of cancer (Beral V.1999).
Some medical specialists also announced taking Vitamins can help to delay senescence. But new studies have found that the long term use of Vitamins can increase the risk of many cancers (Patterson R.E 1997). This has caused great concern for the public.
A few years ago, it was believed that the drug mitoxantrone can help treat multiple sclerosis (Hartung H P 2002), but shortly the public were informed that this medicine can damage the heart function (Zingler2005).
In further research, 60 percent of the 519 cases of clear-cell adenocarcinoma of the vagina and cervix the patient’s mother had received diethylstilbestrol during pregnancy. This was identified by the Registry for Research on Hormonal Transplacental Carcinogenesis (Melnick.S.1987).
Therefore many serious side effects have been caused during our medical development history. How about our current use of medicine? Are they safe? I think even though they are much safer and much more developed than one hundred years ago, there is still a potential risk and care should be taken when they are being used. Nearly all the chemical drugs have some side affects to different extents. Medicine is vital and it plays a major role in human life, and any small mistakes may lead to many people’s death or physical and mental harm. Do not pin all of your hopes on western medicine. You can have second and third choices.
Reference:
Beral V, Banks E, Reeves G, (1999). Use of HRT and the subsequent risk of cancer. J Epidemiol Biostat. 4 (3):191-210.
Burgio G.R. (1981).The Thalidomide Disaster Briefly Revisited. Eur J. Pediatr 136: 229-230.
Crawford R. (1959). Toxic Cataract. BMJ (2): 1231-1232.
Discombe G. (1952). Agranulocytosis caused by amidopyrine. BMJ (1): 1270-1273.
Hartung H P, Gonsette R, Konig N. (2002). Mitoxantrone in progressive multiple sclerosis: a placebo-controlled, double-blind, randomised, multicentre trial The Lancet. 360 (9350): 2018-2025.
Melnick, S, Cole F, Anderson D (1987). Rates and Risks of Diethylstilbestrol-Related Clear-Cell Adenocarcinoma of the Vagina and Cervix N Engl J Med 316: 514-516.
Patterson R.E.,White E., Kristal A.R.(1997). Vitamin supplements and cancer risk: the epidemiologic evidence. Cancer Causes and Control 8 (5): 786-802.
Zingler VC, Näbauer, Jahn K. (2005). Assessment of Potential Cardiotoxic Side Effects of Mitoxantrone in Patients with Multiple Sclerosis Eur Neurol 54(1): 28-33.
Posted by Tiejun Tang at 12:10 No comments:

Dr Tang had published more than 50 papers and academic books in China and UK. He had been elected as a council member and research executive of the ATCM (UK). His academic blog had attracted over 300,000 readers.

Dr. Tang was elected as the executive council member of World Federation of Chinese Medicine Society (WFCMS) and vice Chairman of Special Committee of Clinical Cases Study of WFCMS. Dr. Tang was selected as a consulting expert on Benchmark for Practice in Acupuncture of World Health Organization (WHO).

16. Tiejun Tang. The effect of Kaixin Capsule on PDGF and PDGFR mRNA expression at the artery wall of rats. Pharmacology and Clinics of Chinese Materia Medica.2000; 16(Add):57-58.

33. Tiejun Tang. The latest research review on Chinese herbs of anti myocardial ischemia. The Journal of Chinese Medicine and Acupuncture 2014; 21 (2): 35-37.